The Challenge of Success for Opponents of Austerity

Last Thursday, Labour won a decisive election victory (despite Ken’s narrow defeat) and now we have a new Socialist President of France in Francois Hollande. Meanwhile, in Greece, the radical leftist Party, Syriza, has swept aside PASOK to become the second-largest Party in the Greek Parliament. PASOK took capitulation to the austerity agenda to its logical conclusion by co-habiting with New Democracy and today they played the electoral price, losing a whopping 30% at the polls.

Clearly, the people of Europe are unimpressed with the austerity agenda. However, the alternative is poorly formed; in Britain we are more than aware of that. Labour is not promising a particularly radical alternative. In fact, all it is doing is proposing to slow the pace and try to bolt on some growth along the way. The difference, as we all know, is rather in the emphasis than the effective substance at this point in time. It is set within the framework of the system being more effectively and/or sensibly managed. The danger of this is that the far-right are the ones best placed to offer a vision of a radical ‘new society’ response to one aspect of the system ie, globalisation through calling for a new nationalism. 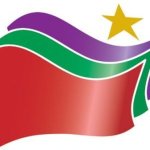 Both the French and Greek elections benefitted from high turnouts compared to Labour’s triumph on Thursday. We have to add the caveat that this will be partially because both of these elections were either national-presidential or national-parliamentary respectively and therefore likely to benefit from higher turnouts than local elections. However, it can also be no accident that Hollande has backed his radical rhetoric with a few radically pitched politics, like his supertax, and Syriza’s opposition to austerity is far more clearly defined than Labour’s. It’s actual positive proposals though seem to lack alot of defintion to me and it is the same  It is not political rocket science to work out why boldness is rewarded with bigger turnouts, even those voters who do not agree with what is on offer are more motivated to turn out because both supporters and voters feel like their vote actually makes a difference so the act of voting is actually worthwhile.

This week now presents the anti-austerity left with a clear challenge and it is a similar one, albeit set in certain different contexts and that challenge is to present a coherent alternative which can solidfy the opposition to austerity around a vision of the different world we can build from the ashes of the old. In many respects, Labour still probably has the furthest to go in that regard however, Hollande certainly has yet to full break from the neo-liberal consensus though he is clearly straining at the leash and will most likely forced to snap it by the markets who wont even tolerate his only midly abrasive proposals.

The electorate is crying out for a sharply defined alternative and left should beware because if we don’t provide it, then others will.

Fight Future Fascism, Together Think Left on dangers from the Far right:

3 thoughts on “The Challenge of Success for Opponents of Austerity”