People everywhere reject the Bankers’ Politics of neoliberalism and look to a future of People’s Politics and a kinder and fairer society, where people matter not bankers’ vaults and spreadsheets.  People around Britain are looking for a party which really means change, and yet some are puzzled by some in the Labour Party and are hearing mixed messages from the Party. The electorate knows what the government needs to do, so why are Labour holding back? Is it the old chestnut of fear of the Press? Is Labour aiming for Aneurin Bevan’s Socialist Ideal, or will the Party settle for a Cosy Consensus?  Speak up, take courage, Labour  and push  towards a “Courageous State!”

Everyone needs a society where children can grow up in homes, attend good schools, have health care and look to full employment. 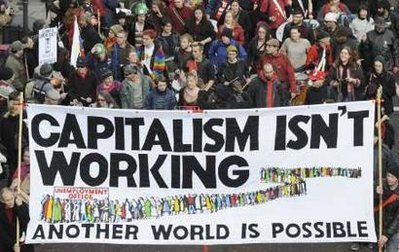 Ed Miliband and the party must show the voters that they reject the austerity which is bringing poverty to people, and that they will be strong in opposing the parasitic, cancerous invasion of a very rich, very tiny minority of profiteers who care nothing for people’s welfare, equality or human rights.

2015 will be the biggest opportunity in seventy years for Labour, and the clock is ticking. People will come out and vote for Labour, but the electorate need convincing and it is up to Labour to speak loudly and clearly – and to present polices that will bring about real change. Many ex-Labour voters will remember how we cheered in 1997 as eighteen years of a callous,  vicious, destructive Conservative government came to an end. Many also remember how the cheering went chillingly quiet as they witnessed  a betrayal by the “New Labour”  government which continued to support a free-for-all smash-and-grab neoliberalism which Thatcher had deceptively introduced, and along with the US and Tory support led to war in Iraq. Their Party had been kidnapped.

Ed Miliband has attacked the previous Labour government and said they did not do enough for ordinary people.

He said that New Labour was “too timid in enforcing rights and responsibilities, especially at the top, and it was too sanguine about the consequences of the rampant free markets”.

He said: “By the time we left office too many of people of Britain didn’t feel as if the Labour party was open to their influence, or listening to them,” Miliband said.

“For me, the most obvious example is immigration. I bow to nobody in my celebration of the multi-ethnic, diverse nature of Britain. But high levels of migration were having huge effects on the lives of people in Britain – and too often those in power seemed not to accept this.

“The fact that they didn’t explains partly why people turned against us in the last general election.

“We have to move on from New Labour, as well as from this Government.”

Miliband told the event in central London that if Labour wins the next general election it would have to find ways of achieving change while tackling a lingering deficit.

He said,” “We cannot have two nations divided between those who own their own homes and those who rent,” Miliband said.

“Most people who rent have responsible landlords and rental agencies. But there are too many rogue landlords and agencies either providing accommodation which is unfit or ripping off their tenants. And too many families face the doubt of a two-month notice period before being evicted.” This is very  good to hear, and is a start. It gives hope to many.

It’s not as if the country supports this government, its austerity, or ever did. The Tories knew this which is why they pushed through their first legislation for a fixed term parliament  ensuring the success of the hatchet-plan of total destruction of  the welfare state in one single term of office. In 2010, the Tories failed in their attempt to gain a majority, and many left-leaning-liberal-voters, many of them ex-Labour voters, felt doubly-betrayed as an opportunist Liberal Democrat Party propped up a government  which turned out to be even more right-wing and reactionary than Thatcher’s.

It’s not what the electorate voted for or wanted at all, so unsurprisingly  we have seen angry protests  and “Occupy”  Movements, unions taking industrial action and anger from people who have never been politically active before. Labour must stand firm against this government, and speak loudly and clearly.

The electorate needs to know Labour means what it says and says what it means.  Why are we receiving mixed messages from the Labour party? Why, this week have some ( exclusions here) supported the government’s Workfare programme? Quite rightly, potential voters remain puzzled about what and who Labour represents, and they will withhold their trust and confidence in a party where Blairite vestiges still remain. Stronger, clearer messages from Labour is what the electorate is hungry for. If Labour can’t do that, the voters will look elsewhere and the greatest opportunity for socialism in seventy years will be lost to theorists.  That would be a betrayal which will never, ever, be forgiven.

Confident, courageous and compassionate, Labour must seek to pursue the policies which will change our world.

We call upon Labour to:

9 thoughts on “Labour Puzzles Potential Voters about their Intent”