Where has all the National Insurance Gone?

While Labour are (quite rightly) debating the future of the Labour Party, the Tories continue with their  supposed brainwashing of the electorate.

The latest scam is they want to take away from the  mutual safety net which trade unions have worked for is sick pay.  Just as they want pensions gone, soon weekends will be gone,  and they’ll want to cut holidays back before long. 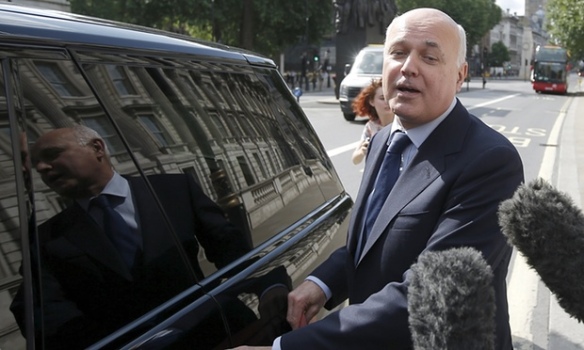 Today the Guardian reports that David Cameron has the audacity to suggest that workers should save money to pay for their own sick pay. Even if wages were at a high enough level to self insure as Cameron suggests…. what on earth was National Insurance intended to be for? We have already paid for our pensions, for our sick pay, for the safety net in case  for whatever reason we have the misfortune to be unemployed. Where have our funds gone? If funds were insufficient it isn’t because workers never paid their share.

But not everyone paid their share. It is because of greedy landlords who benefit from housing benefit because rents skyrocketed. It is because workers  wages were undercut. It’s because Thatcher closed down industries where goods could be made cheaper where workers had no rights or protection. Our towns and cities became wastelands of unemployment. Our trade unions were crushed.

David Cameron is prepared to look at making workers pay into flexible saving accounts to fund their own sick pay or unemployment benefits, Downing Street has confirmed.

The idea was first floated by Iain Duncan Smith, the work and pensions secretary, who said he was “very keen” to have a debate about encouraging people to use personal accounts to save for unemployment or illness, even though it is not official government policy.

“We need to support the kind of products that allow people through their lives to dip in and out when they need the money for sickness or care or unemployment,” Duncan Smith told the Sunday Telegraph.

“We need to encourage people to save from day one but they need to know that they can get some of the money out when their circumstances change. This is not government policy but I am very keen to look at it, as a long-term way forward for the 21st century.”

Duncan Smith appeared to be suggesting a move to a kind of unemployment insurance scheme as seen in the US or products known as “fortune accounts”, which are used in Singapore. (Guardian)

WE cannot, MUST NOT continue not to oppose this government. Harriet Harman offering to support the cuts to child tax credits while leader of the Opposition is an absolute disgrace. This government is set to divide people. Collective mutual responsibility is something they attack. Mutual responsibility is at the heart of civilisation. Throwing people aside such as this government are doing is both heartless and uncivilised. None of us know when we will be ill. WE will not turn our back on each other. WE stand together. Everyone benefits from the investment people put into society. It is unfair to put more and more responsibility on the wage packets of struggling working people.

When rich global companies pay little or no corporation tax,  when  companies earn money in one country and pay no tax – when  people can hold land on which they can increasingly profit and still do not pay fairly into society, then it’s pretty a rotten  state. Jeremy Corbyn’s priority is to bring justice and fairness into a society  by closing tax loopholes and ensuring that everyone who can pay contributes fairly.

WE need to challenge this government , we need a leader who is not frightened to challenge their lies, and to speak honestly, clearly and truthfully and counteract the effect of the Tory Press.

4 thoughts on “Now They Want the Sick Pay we Already Paid For – with Our National Insurance!”