Some years ago, two good friends died within a few months of each other … M (female aged 63) in the plush surroundings of the private wing of a London Hospital…. the other, P (male aged 56) in a NHS hospital in the Wirral.   Their personal circumstances could not have been more different.   M had a very comfortable, successful professional life whereas P was one of Thatcher’s casualties, consigned to the benefits scrap heap and unemployed since the 1980s.

I’m write now, because the manner of each of their deaths offer such a vivid picture of why we need to fight for the reinstatement of the NHS and a National Care Service… why privatization and financialisation of our health needs lead to the two tier contradiction of too much for those who can pay and too little for those who can’t.

M became increasingly ill with ‘a mystery’ illness only a few months before her death.   Eventually, she was admitted onto the private wing of a vast NHS hospital, in one of the wealthiest areas in central London. When I visited, I waited on leather bound settees, in a plush carpeted area decorated with original art works on the wall and filtered coffee on tap.

I have no doubt that M received state of the art medical treatment in her palatial room, with magnificent views over the London skyline.   However, when I last saw her, she was desperately phoning her husband to get onto the private health insurer because they had refused to fund the treatment that her consultant wanted to prescribe.

This was only two weeks before her death. She lay prone in her bed, with oxygen feeding into her nose. Her skin colour perfectly matched that of her white sheets. But, nevertheless, she was forced into worrying about the funding for her treatment because it was above that which the private insurer could authorize and ‘their special committee would not be able to consider the claim until after the weekend’.

I watched on, as she tried to explain over the phone to her husband that he needed to make the health insurer understand the urgency of the situation. Her desperate husband asked if they couldn’t just pay for the treatment outright. ‘No’ explained M. ‘The consultant says that any additional payments would invalidate the insurance plan and the insurers would then withdraw all payments for the hospital room and her care’.

I cannot describe my horror at the situation.

In contrast, P received the most extraordinary surgery and expert care in his NHS hospital without any financial limitation.   Through a freak accident, he had managed to dislocate his shoulder and somehow ruptured his oesophagus… I never got a very clear picture of how. Nevertheless, many weeks after 3 hours of surgery and a 3’ long incision spiraling around his torso, he had ‘recovered’ sufficiently to be sent home.

P lived alone, had had major surgery and yet there was no aftercare… no follow up. An extremely elderly neighbour (without a car) did a bit of shopping for him and that seemed to be it.

P was a highly intelligent, well-read socialist… a friend, made online.   We never actually met… so I cannot give the details as to why he did not receive help from social services or health checks from his GP… but I know that I made him contact the doctor after a few weeks when he confessed that he couldn’t eat and whenever he drank anything, it burned his whole insides!  That was the first time that he’d seen a doctor since leaving hospital.

Unfortunately, his oesphagus had split again and he was re-admitted to hospital for more expensive surgery. He lingered on for a few weeks before finally succumbing to a lung infection from which he eventually died.

I am not for a moment suggesting that either of these two deaths resulted from medical negligence.

And, there is little point in state of the art surgery if there is no aftercare in the community.

Under the Tories (with the help of the LDs in coalition) we are inexorably moving towards the two tier system of the US even though they spend more per capita on health and have worse outcomes.

The truth is that when there is a profit motive, the rich are over-investigated, and the poor are under-treated.

“How can millions of people have benefited from the NHS and not be on the streets to defend it? Come on. The NHS is one of the most humanitarian acts that has ever been undertaken in peace time. The principle that someone shouldn’t profit from someone else’s ill health has been lost. If someone says an American health company will run the NHS efficiently, nobody can think of the principle to refute that. The guiding principles have been lost.”  https://www.theguardian.com/theguardian/2012/feb/11/saturday-interview-stuart-hall

Today’s demonstration may be later than he wanted but the many thousands turning out to march today must have pleased Stuart Hall. 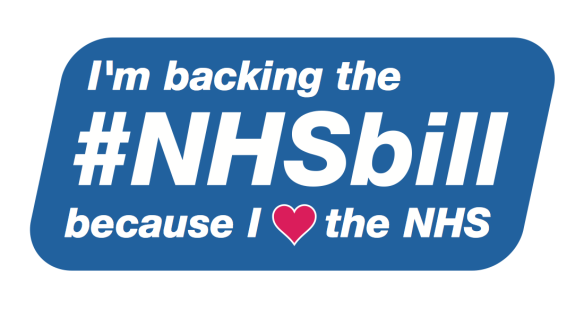 ‘We will end health service privatisation and bring services into a secure, publicly-provided NHS. We will integrate the NHS and social care for older and disabled people, funding dignity across the board and ensure parity for mental health services.’

The only question is what sort of health service will we be left with after 10y of Tory asset-stripping?