Thank goodness for the Labour Party. Labour gave me and many others a good, comprehensive education, maintenance grants, and all free at point of use. I have always loved learning. A National Education Service free for us all, from cradle to grave will be Labour’s plan, whatever age, wherever you are. What will you be learning?

I want to brush up on dressmaking skills, or maybe find out more about gardening, or learn to speak a new language. Maybe you could brush up on computer skills, train to be a vet, or a doctor, or an engineer. We all benefit from learning skills, and expanding knowledge. It’s the way we will rebuild our society, just as Labour rebuilt our country for the peace in 1945, after a war which had divided Europe and the World. 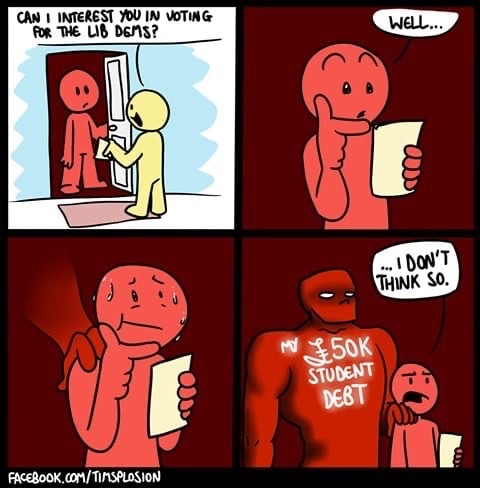 You know, LibDems were the ones in coalition with the Tories who TRIPLED tuition fees and put young people starting out in life in debt from the very beginning. Now that is just not fair. The Tories have starved our schools of cash and, along with the Liberal Democrats, saddled a generation of young people with a lifelong debt burden. Jo Swinson was a cabinet member in that government and her party, joined by several Tory MPs will again join the Tories in coalition. That would put paid to opportunities for all of us, but especially young people hopeful of a future, with dreams and ambitions. Youth should be an exciting time in life, not one of fear, stress – and poverty. 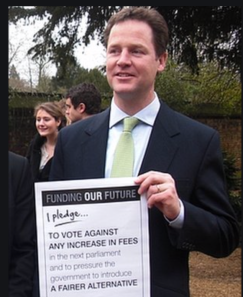 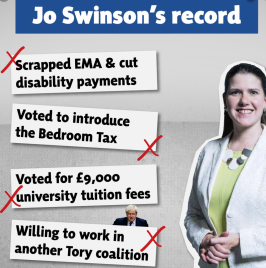 Lib Dems pledged to vote against increase in fees in Coalition and then tripled them.

With Tories using our NHS for profiteering so Academy Chains have led to a break up of LEAs and has allowed Tories to cream off funds for profiteering.  Our public funds intended for the education of our children are ending up in the pockets of friends of the Conservatives, and it is our children who are suffering. The Labour Party will put an end to this.

Wakefield City Academies Trust was in 2015 named a “top-performing” academy sponsor by Nicky Morgan, then education secretary, and handed a £500,000 slice of a £5m fund to improve schools in the north of England. Since then, things have gone awry. The trust has sunk to the bottom of the league tables to become one of the lowest-performing academy chains in the country. And it has been plagued by question marks over its finances.

In July 2016, the Education Funding Agency investigated the trust. Its draft report, leaked to the TES, found that its interim chief executive, the businessman Mike Ramsay, had paid himself £82,000 over a three-month period. It concluded that the trust was in an “extremely vulnerable position as a result of inadequate governance, leadership and overall financial management”. Later that year, it was reported that the trust had paid almost £440,000 to IT and admin companies owned by Ramsay and his daughter.

When our education service fails, it isn’t just the individual that is held back, but all of us. When we invest in people to develop their skills and capabilities, we all benefit from a stronger economy and society.

Imagine how good the future will be when a Labour government transforms lives with a National Education Service. Here’s how that will be achieved:

Labour will ensure provision of school meals for all primary children, and a nursery education for 30 hours every two year old child to give our children the very best start in life.  Hungry children can not learn. We will rebuild Sure Start and introduce universal free childcare for all 2, 3 and 4 year olds.