Becoming a Member of Parliament.

Sitting in the armchair and grumbling at the News, exasperated, frustrated at the injustices, and depressed at the prospect of a future where our children’s lives will offer fewer opportunities than our own is not unusual. When election time comes along, many do not go out and vote at all. At the General Election in May 2010, voter turnout was around 65%. If the remaining 35% had voted, we could be living in a very different world today.

You may have heard people who don’t vote say…

… or perhaps you have said or thought that yourself?

If we are going to turn this country round, we need to listen. The electorate can see that a Party which was founded by the Trade Union movement in order to represent and improve the lives of working men and women has deserted them.

They see that the Neo-Liberalist policies brought in by Margaret Thatcher persisted with the Labour Party led by Tony Blair,  and this the party the country had overwhelmingly put its trust in, to overturn injustice. Labour, while introducing a minimum wage, and investing more in education allowed the gap between rich and poor  to grow, so the greedy capitalist system, like a cancer eating away at the living body of the country, like a parasite succouring its energy and reserves, left devastation and decay behind. The people who suffer are the weak, with nothing but their labour. Those with work were weakened as ever by the dismantling of the trade unions by Thatcher. Many now know  of no escape from the prison that their life has become. They have lived their whole lives under this neo-liberalism-led-super-consumerism and know of no other way.

It is hardly surprising therefore, that they feel alienated from those that represent them, perhaps  you are thinking, “I feel it too.”

The people see no difference between the parties, they see Ashcroft’s millions, hear Murdoch’s lies, but do not discern any difference between the parties. They may be right to question whether those elected to parliament are representing them, or the banks or pharmaceutical companies such as Pfizer, The Big Six energy companies and many with so much power and secrecy that is so sinister, so that it is a wonder anyone trusts anyone any more.

Those that did still hope, perhaps believed Nick Clegg, who enticed the voters by a promise of new politics, of a new way forward against corruption and sleaze. The people discovered all too quickly that they had been duped yet again.

If we are to turn people’s lives around, and, we must – their lives, this country and others, then we are not going to do it grumbling in our armchairs!

Forcing the rich to pay their share is perfectly possible, but it will never happen while there is such an egregious failure of political will.

We need to be heard, to exercise our voice and lead. We need politicians who will lead, like Nye Bevan, like Dennis Skinner -perhaps like you!

Skills for an MP.

So, who wants to be an MP?  How do you they go about it?  What skills and education are needed? Who can afford it?  Who can bring up a family too?

If we look for instance at the Liberal Democrat Party, I would say you have to be white (100%), you have to be male (78%), middle-class (73.7%), university educated (90%), maybe Oxbridge (31%).  Other attributes are perhaps possessing a PhD in how to feed a family when you are destitute, or maybe a professional knowledge in mental health to recognize the signs of potential suicide in desperate constituents.

There are many positions in life where one can really make a difference, and for some people a career in politics may be inspired by a desire to work for a fairer society based on their life’s experiences, while others plan it as a profitable career while choosing their courses at Oxbridge. The vast majority of MPs enter parliament with very different life experiences that those they look to represent. 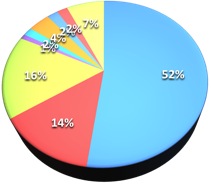 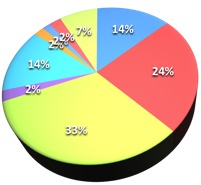 See:(Women as Voters and MPs)

We may ask:, if these MPs have no personal experience of state education system, of the lives of the majority of the people in this country how they are qualified to make decisions, which affect us? The vast majority of MPs from both major parties have benefited from a university education, in most cases likely funded by the state and in receipt of grants.

Yet many of these MPs and those from the Liberal Democrats have voted for the increase in tuition fees of £ 9000 per year for most students studying for a degree. As a direct result of this vote, many skilled people in this country will no longer be able to afford a university education, which they may well have put to far better use than the MPs who put such study out of their reach.

As with all women shortlists, Labour should be leading the way, and we need to look at making it possible for ordinary people to become an Member of Parliament. Nye Bevan and Dennis Skinner did not need  Oxbridge and a Politics and Philosophy degree. Indeed, there is something to be said for the abolition of this course altogether, as it is the source of the corruption and Old Boy’s Network which frankly, will not do!

There are some MPs that have gleaned useful experience in public service as local councilors, others appear to have very little connection with their constituency at all, selected and granted a “safe seat.”

Easing the way to become an MP

As things stand, the run up to becoming an MP is an expensive affair for anyone standing in a constituency away from home.

For an average Labour prospective parliamentary candidate it means:

Once selected, there is the long campaign – often two years leading up to the general election, with sporadic visits to the constituency but a constant study of local media and pre-emptive casework, with attendant travel and postage costs.

And then, just before the general election, the short campaign. It requires candidates to take unpaid leave from work, and to support themselves for a couple of months, away from home. Quitting work, or moving to the constituency would be unwise at this stage as an election victory is rarely assured.

All these costs exclude anyone in low paid or insecure jobs, people with unsympathetic employers, students, the unemployed, or younger working class people.

These are the very people that are under-represented in Parliament (only 1 in 20 MPs comes from the working class), and effectively, the vast majority of the population, are de facto barred from even considering becoming an MP.  Westminster is very close to being a plutocracy.

It is apparent that a variety of backgrounds would help the legislative process.  If only in that, MPs would be more likely to hear about the potential impact that their lawmaking would have on all the various sections of society.

For some Labour Party candidates, the path to Westminster is smoothed somewhat by union sponsorship.  But this is by no means the norm; only a quarter of the workforce has union membership, although the percentage is somewhat higher amongst Labour Party members.

According to a Guardian report :

Labour could face financial ruin under plans being developed to cap the biggest donations to political parties, a Guardian analysis shows.

The independent standards watchdog is said to have agreed to recommend a new limit on donations, introducing an annual cap with figures ranging from £50,000 to £10,000 being considered. Such a move, in an attempt to clean up political funding, would end the six- and seven-figure donations to the Labour party from its union sponsors, as well as the Tories’ reliance on the richest city financiers.

An analysis of five and a half years’ worth of donations to the parties reveals the move would most dramatically affect Labour’s funding base. If the £50,000 limit had been in place over the period, Labour’s donations would have been reduced by 72%, the Conservatives‘ by 37% and the Liberal Democrats‘ by 25%.

A source close to the Committee on Standards in Public Life, which has been reviewing the party funding system and is due to report in October, said it was trying to find a way to impose a cap without bankrupting any one party

To help change this adverse situation and open up the path to Westminster, to a much wider slice of the population, some kind of state sponsorship could be provided. The Tory Party is in receipt of millions of pounds of sponsorship from those who hoard their cash off-shore as residents, and as mentioned by Michael Meacher, August 2011 , the Tories are pursuing an approach which attacks Labour disproportionately, and this is undemocratic, hurting Labour most. While unions are capped, companies, which are in fact conglomerates, must justifiably be treated also in being capped in the same way as Trade Unions rather than each consituent part being allowed to contribute £50,000, as clearly individual trade union members ( should they be able to afford to!)

There could be some form of statutory pay for people on democratic duties, such as we have for jury duty.  I believe that the employers of elected councillors are required to give time off to attend committee meetings; something similar could be mandated for potential Westminster candidates.

Or perhaps we could have a candidate’s fund, akin to the German party-financing system, in which a political party is funded according to the vote received at an election. In this instance, the money would subsidize the candidate’s expenses, proportionate to the previous election’s vote. The system could be administered by the Returning Officer’s staff. At £1 per vote, the scheme would cost about £40m, and £1m to administer. Travel and cheap ad hoc accommodation expenses could be paid every couple of months directly to candidates.

Each of these suggestions is imperfect, as public money would still be ‘wasted’ on no-hope, publicity-seeking candidates, who will gain few votes. However, I hope that they initiate thinking about different ways in which to widen access for more diverse representation in our democracy.

Data from Malcolm, . Malcolm from over the Pond

Red Labour must address the elephant in the room, Think Left

Guardian, How should political parties be funded? August 2011

Why does PPE rule Britain?

Women in the commons Document

Representation of the People Act 1867

The Political Divide Tory MPs and their Class background

Getting into Politics without an Oxbridge Degree?

Unison Active: If it wasn’t for the Unions

13 thoughts on “Becoming a Member of Parliament”