How can we escape the Energy Trap? Nations are held hostages to energy companies, their voiceless governments ransomed to the global corporations who control them. 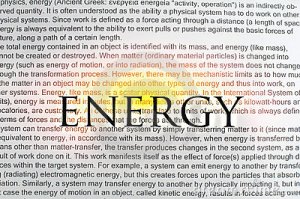 Over the last year, in a very rainy England, and beyond expectation, I have been amazed that 80% of the electricity used in my home has been generated by recently fitted solar panels. (4.3MWh generated, and 5 MWh consumed). The question remains is why there has not been the massive investment in renewable energy envisaged by Ed Miliband. 1)

The Coalition’s “Greenest Government Ever” seems to have gone a bit off colour, and what we are hearing are bare-Blue-in-the-face Tories’ lies, determined to maintain the Energy Trap.

The argument for energy suppliers to be taken under control of private companies was based on three basic myths.

MYTH 2: Competition will keep prices down.

MYTH 3: Offering shares to the general public will redistribute wealth.

There is little evidence for increased efficiency, and, as currently with the NHS, with the government, by starving public services of staff and funding, seeks to justify the need to privatize. Dozens of makes of coffee on sale at Tesco’s or Sainsbury’s does nothing to bring down the price. Those supermarkets control prices, using their own market to push their own products to maximize profits. Meanwhile, the small shopkeeper cannot compete, and is forced to close, resulting in homogenous towns where only globalized industry can thrive. Tax avoidance firms such as Starbucks dispel any theory that privatization will lead to redistribution of wealth, as those hopeful investors in the eighties might have believed.

Our dependence on energy for our very survival is clear. What can be avoided is a perpetual dependence on privatized energy companies. We are imprisoned by fear of the collapse of society and the consequence has been wars in the Middle East. Ominously, British oil companies have unprecedented influence 2) of British military policies.

British oil companies are promoting a ‘fight against piracy’ to get a vast hidden military subsidy. In the process they have got an unprecedented amount of influence over UK military policies. Oil companies have talked up the risk from piracy to justify the use of Navy frigates, drones and helicopters to protect corporate oil assets in the seas. They are demanding increased spending on military hardware at a time of major public cutbacks. 2)

The media’s insistence that renewable energy would not satisfy our needs literally fuels the thirst for fossil fuels, and nuclear, while denying the dangers of climate change and nuclear contamination. The financial argument in favour of fossil and nuclear fuels is heavily biased, distorting political and public confidence in renewable energy.

Why is George Osborne insisting on commitment to dirty, carbon producing gas-fuel for years to come? Ed Davey has been pressured by George Osborne to adopt gas or face deep cuts to any renewable subsidy. (Friends of the Earth, 3) Furthermore, there is evidence that the energy companies manipulate markets, Libor style by fixing prices. The Guardian reports on how gas prices have been fixed. 4, 5

Why is the government prepared to invest in fracking 6) and shale gas, with known dangers, whilst cutting the feed-in-tarrifs for micro generation projects?

Think Left has analysed how CCS (Carbon Capture) 7. has been adopted as a policy, erroneously suggesting the extraction of coal can be “clean”. The dirtiest fuel of all, coal is neither clean or safe, and its extraction would cause liberation of carbon from methane. The reason for adoption of the policy, is revealed as:

Companies known to be interested in bidding  for UK CCS demonstration competition:

To break out of The Energy Trap, rather than public money subsidizing fossil fuels and nuclear (8) , it should be fully diverted towards sustainable, clean low-maintenance renewable energy initiatives. This is a win-win situation. In addition, mutual building societies and publicly owned banking (Lloyds?) could support the initial funding for installing renewable energy. The maintenance costs following initial outlay are low. A community backed wind turbine (9) (see clip) has produced enough electricity to feed back to the grid enabling further benefits for the community.

Democratic ownership and monitoring of our energy supply must be a priority for an incoming Labour government.

Creating electricity is easy! Within 6 hours, enough sunlight falls on the world’s deserts to meet the annual global power demand of 18000 TWhours.

Solar generation derived by panels in the world’s deserts could redistribute power by High Votlage Direct Current (HVDC Grids 10) , a clean energy source, adequate for us all to leave peacefully.

Reducing energy consumption, by retro-insulation, retrofitting public buildings with solar panels, investment in wave, wind, geothermal, HEP and tidal power will produce a sustainable and profitable energy market, liberating communities from the tyrannical energy conglomerates whose unsustainable policies will lead to disaster for a planet and its wildlife, and poverty for 99% of the human species.

The Keystone for Society is Democratic Ownership and Control of Energy Supply
Bring me Sunshine! The photovoltaic phenomenon
Clean Coal (Another Financial Device for the City?)
Energy for Somerset: Nuclear or Tidal?
No Green Coalition Efficien-City -Interactive Link
Some of the Scientific Evidence – Climate Change
Renewable Energy, Specifically HVDC Power Grids
Coal is our Heritage not our Future!
Microwave Ovens are Key to Energy Production from Wasted Heat
If you see Sid, on privatisation

13 thoughts on “The Energy Trap”