How Britain’s Family Silver was Stolen Through Open Doors

Growing up in the fifties it was customary to leave the back door open in many homes. Friends and neighbours would pop in and out, sharing resources and helping each other out. Material possessions were few.

Such practice is unusual today. Locks and alarms are fitted to houses, cars and even garden sheds. We live in a world of envy; we live in a materialist world where things matter, and it seems people don’t any more.  Advertisers feed on greed, along the lines of “Be the Envy of your Neighbourhood, Buy Me!”.

A mobile phone is safely tucked away. Insurance companies grow ever richer by our need for Things, our need to keep Things safe, and our mistrust of one another. Front doors are firmly locked against potential thieves – that’s everyone as no one trusts anyone any more. Meanwhile, through the back door, those assets we treasure most are stolen. Theft of our most basic needs, and of our right to access them is The Ultimate Theft. It is no accident that social housing, public utilities – Water (1) and Energy (2), transport (3), Elderly Care (4), The NHS (5), Hospitals (6), Schools (7), the Post Office (8), Fire Service (9), Prisons (10), Probation Service (11) – everything is being wrenched away from us, handed over to private Bankers, at home and abroad, in order that the rich elite can accumulate riches more than they can ever need. It’s real, it’s still happening now. We can ask why and how it has happened, and what we can do to stop it, for stop it we must.

What drives  the Ultimate Theft?

Why do the very rich who possess more than they can ever need crave more and more? Like a drug gives a false happiness, addiction is a replacement for some missing need. 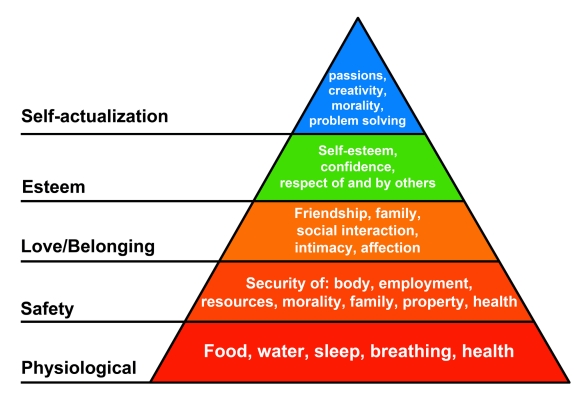 You may recall The Who’s lyrics from Tommy:

From: The Dopamine Project (12)

“I’m free, I’m free, and freedom tastes of reality
But you’ve been told many times before
Messiahs point you to the door
No one had the guts to leave the temple.” : The Who

The glitch that keeps us from reaching our true potential can be traced to primitive ancestors who cultivated natural cravings into addictions to food, sex, safety, power, acceptance, approval, attention, esteem, and status. To complicate matters, our more recent ancestors added unnatural addictions to dopamine-triggering substances, beliefs, and behaviors, e.g. money, religion, and drugs. Then they bequeathed their addictions to newborns who were indoctrinated by societies controlled by of out-of-control money, power, status, and/or religion addicts.

Since we’re talking about the same dopamine that junkies trigger with heroin, it’s no surprise that the symptoms are the same, i.e. self-deception, denial, and the dishonesty that allows addicts to continue doing the only thing addicts care about = vigilantly protecting dopamine flow.

George Monbiot observes that “The politics of Envy is keenest among the very rich. (13)”   The means justifies the end. There is no pleasure in attainment and as drug addicts self control is minimal.

In order to grant the rich these pleasures, the social contract is reconfigured. The welfare state is dismantled. Essential public services are cut so that the rich may pay less tax. The public realm is privatised, the regulations restraining the ultra-wealthy and the companies they control are abandoned, and Edwardian levels of inequality are almost fetishised.

Think Left’s article “Increasing the sum of global well-being should be the ultimate and arching for every politician and party (14) ” emphasises that unregulated markets do not make people happy. Indeed, it seems very few people achieve happiness from unbridled capitalism. It is like a computer virus let loose, like a parasite which, while neglecting its host’s well-being is doomed. Parasites are what the very rich are. They make nothing. They do nothing. They just consume, and leave their toxic waste in their wake. In consuming their host which produces or modifies necessary resources, they cannot thrive. So, the driving factor of the ultimate theft is an obsession, a madness in pursuit of  unattainable happiness. Such a habit  has been proven to be a disaster to the world and its inhabitants which is totally out of control. Like the emperor who wears no clothes, we all know it is flawed, but no one dares say so.

How was the Ultimate Theft Achieved?

The Ultimate Theft has been premeditated and manipulated. It has been meticulously planned since Thatcher and Reagan started their Neoliberalist Experiment. There is considerable evidence that the current government, whilst claiming to protect front line services had this intent. Think Left’s “Who said the NHS will be shown No  Mercy (15)”, and the Independent’s   recent “Secret Memo shows Michael Gove’s plan for Privatisation of Academies (7) ” refer to this, and there are countless other examples of evidence. Lack of clarity, and vagueness in plans is typical, and since election manifestos did not make such policies clear, the Coalition have no mandate.

states: “We will sell to no man, we will not deny or defer to any man either Justice or Right”. The Guardian reports that some privatisation of the Courts System (17) has already been planned, and there is confusion as to what will be sold off.

The justice secretary is a huge fan of outsourcing, and has a talent for ignoring troublesome evidence, however compelling. He also regards anything which smacks of rights – constitutional or human – as an irritant, an outmoded obstacle to thrusting reform, and to be dispatched as swiftly as possible. Certainly an 800-year-old prohibition on the sale of “justice or right” is not going to stand in his way. Not when there is money to be made by big business.

George Monbiot: continues: Politicians justify these changes, when not reciting bogus arguments about the deficit, with the incentives for enterprise that they create.

Behind that lies the promise or the hint that we will all be happier and more satisfied as a result. But this mindless, meaningless accumulation cannot satisfy even its beneficiaries, except perhaps – and temporarily – the man wobbling on the very top of the pile.

Nevertheless, their actions now are planning for further cuts beyond the next General Election.  Signing up to US/EU trade agreements would mean that the sell off of valued services such as our NHS would be lost forever. The warning from US officials is, if Britain leaves the EU, US trade agreements would be a risk. A Europe signing such agreements will surrender  But in return, Europe would have to give up existing protections on its agriculture, film industry and public services. (Guardian). (28)

Where is the democratic process? The  British people did not vote for this and do not want this. It must be openly discussed by our media. Is it?

The madness is unsustainable. Money, by itself has no value, or meaning. It is just a token by which we can register exchange of labour, resources or skills. We can do the same by bartering  – see example (29)  If I grow some cabbages for your table, will you teach my child to read? These days, money is just a figure on a computer somewhere in the world. If all the computers in the world were to crash, would we then starve? It would depend on the labour of those of us who can grow food as to whether we can eat. Bankers would be redundant. They wouldn’t be missed!

The Labour Party must make a break with the madness of neoliberalism which Blair had continued , and be truthful about the deficit, and debt. Labour must pledge to reverse the privatisation of public utilities and services. Labour must work for tax justice, put an end to tax avoidance and support country-by-country-reporting, if not go it alone. Our elected representatives must work for the interests of people, not rich bankers. Britain does not need to accept control from global banks. This is not democracy. With our own currency, it would be possible to wipe out any debts by a Modern Jubilee as suggested by Steve Keen. (30)That is the way to put this at an end.

The modern “debt jubilee” is characterised as “quantitative easing for the public”. It has been boiled down to a procedure where the central bank does not create new money by buying the sovereign debt of the government. Instead, it takes an arbitrary number, writes a check for that number, and deposits it in the bank account of every individual in the nation. Debtors must use the newly-created money to pay down or pay off debt. Those who are not in debt can use it as a free windfall to spend or “invest” as they see fit.

Modern Germany was built on a debt jubilee, this is the way to end the madness. In recovery, we should be planning for full employment, democratically owned and monitored public services, and building a just and more equal society, as Atlee’s government began in the Spirit of 1945. We need a new Spirit of 2015.

(Dopamine Project) “The self-deceptions, denials, and dishonesty we “re-lie” on to protect dopamine flow keep us from being here now, self-actualizing, experiencing true freedom, and fully comprehending what it means to be human beings sharing an impossible, incomprehensible, mystical, unfathomable, amazing, spiritual experience.”

6 thoughts on “The Ultimate Theft”